"The second-largest bunker ever constructed on the island, Hydra bunker is the central subject testing facility for the Poultry Applications and Research on Metabolic Augmentation Initiative. Scientists at this bunker developed the serums responsible for enhancing test subject strength, speed, and pain tolerance. Find Hydra, and you may just find ..."

The Hydra Bunker has multiple entrances and seven automatic doors, two leading into rooms with lockers, as well as the main entrance. This Building is the home of the Vector (9mm). The other two entrances are concealed by three Trees in triangles. Two of the automatic doors are one-way and make a negative sound when approached from the wrong direction.

When entering into the main room, you can see many specimen survivrs preserved in a Vat that can be destroyed but drops no loot. You can enter a room that has two crates and a black Hatchet Case which can contain either a Vector, an M416, an MP220, an M9 (very unlikely), an M249 (very rarely) or a PKP Pecheneg (insanely rarely) or an M134(1 in 100 games). In some rooms, you can find silver Bunker Crates.

Once you enter the bunker from any entrance, you can only exit from the main entrance, unless you manage to sneak through a side door when someone else is entering. With this being said, if you trap someone inside, you can wait for them to come out and ambush them.

The Hydra Bunker has been around the game for a long time and therefore a series of strategies have been employed on them.

This bunker is used for research, funded by the USSR Academy of Sciences, and built by Kuga Heavy Industries. Dr Chandler Tallow used to work here, before the incursion, presumably the bunker has been destroyed, since it wasn't present in the 50v50 Map. The big vats imply that the bunker is used for researching the chicken serum, used to make survivrs stronger and bigger. The Update note states that it is the second largest bunker ever built. Implying that there will be a bigger bunker in the future. That bunker may be the Core Bunker, or the Fowl Bunker. Since Dr Jackson attempted to reach the Fowl when he was in the Egg Bunker. The Hydra also acted as a temporary storage for the Hatchet Bunker, until it was finished. 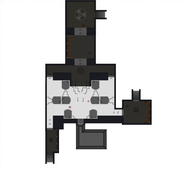 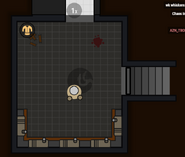 Alternative entrance to the hydra bunker 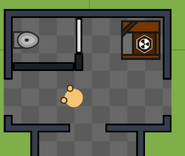 Inside the main entrance 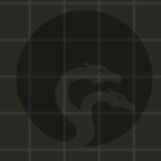 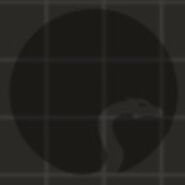 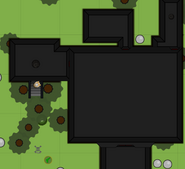 The outline of part of the Hydra Bunker
Add a photo to this gallery
Buildings
Retrieved from "https://survivio.fandom.com/wiki/Hydra_Bunker?oldid=199814"
Community content is available under CC-BY-SA unless otherwise noted.