It has a red blade and black handle. Most of the time it can be found in the corner of the fourth room of the Hatchet Bunker, in between the Computer Terminals and the double Ammo Crates or spawn in the rare red-ish Outhouse with a grey-ish Toilet at the edge of the Logging Complex.

The Fire Axe is overall a direct upgrade from the Wood Axe, but it is much rarer. 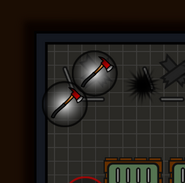 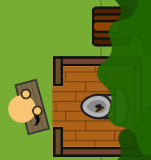